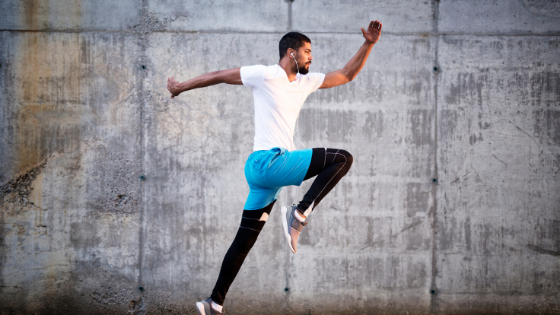 Are you looking for a fun and classic folk song and movement game for kids?

Do you want to know more about the surprising history of common songs?

I’ve loved to play and sing Skip To My Lou ever since I was a kid and first heard it done by Pete Seeger. When I became a music teacher, I knew I had to teach this to my students.

But once a student asked what the song was all about. I wasn’t happy with my answer, so I did some research in the Skip To My Lou lyrics and meaning.

The Skip To My Lou lyrics are self-explanatory; it’s a partner-stealing or passing game from the 1840s. The “Lou” is a derivative of the Scottish word, “Loo,” which means love. But the lyrics establish this song as an example of a play party where people sang instead of danced with instruments due to local churches believing dancing with music was evil.

Check out the rest of the article for a breakdown of the song; explanation of the lyrics, meaning, and variations; and an explanation of how to play the game.

Skip To My Lou is a fun tune, and your younger students will love it. Older students may get some mileage out of this game as well if you connect the great I-V chord motion on ukes or guitars.

There are many variants of this song. The following is one of the most common versions.

Lou, lou skip to my lou.

Skip To My Lou Lyrics And Meaning

When songs are as old and popular as Skip To My Lou, they tend to have interesting histories and many variations in their lyrics. This section will cover many of these variations and related historical facts.

The lyrics listed above are what I use when I play the game. I find it easier to shorten the lyrics a bit to help younger students get playing right away.

The most common difference in the variations is the chorus. Traditionally, it was most likely “Skip, skip, skip to my lou.”

The other variant is what was listed above: “Lou, lou, skip to my lou.”

Outside of the chorus, there’s a huge list of changing verses used in many different orders. Here are some of them:

According to The Prairie Years by Carl Sandberg, a book about the young life of Abraham Lincoln, Skip To My Lou was a common lyrical game in southern Indiana and Kentucky.

This aligns with the presence of the song in rising popularity in the 1840s, specifically in the Midwest.

This song was used to break the ice and replace dancing with instruments at the time. It was a fun way for young people to get to know one another.

Often, it would be accompanied by a single fiddle or other instrument while people danced.

At the time, churches were pushing to ban or, at least, strongly discouraging dancing with large-scale bands as these were thought to lead people to sin.

This caused the birth of the play party which featured lyrics describing the moves of the dance. Often, these would be ordinary dance tunes with descriptive words added later.

It’s unclear for Skip To My Lou whether the melody or the words came first. Regardless, it easily stepped into the play party role.

The word “Lou” is thought to be an Americanized version of the Scottish word, “loo” which means love. This fits the song as does the melodic style.

Skip To My Lou Game

The Skip To My Lou game is quite simple, but fun!

Students stand in a single circle with everyone having a partner except one person (usually a boy) in the middle.

Skip To My Lou Chords

The strong I-V(7) motion of this song makes it perfect for practicing the chords. In this section, I’ll briefly describe the chords and how to finger them.

Note: Look at the notation above for when the chords should change. D7 is a better alternative for D major, but it may be a little harder.

Skip To My Lou Guitar Chords

Here is how to finger the guitar chords:

Skip To My Lou Ukulele Chords

Here is how to giner the ukulele chords:

I hope you found learning about the Skip To My Lou lyrics and meaning. The lyrics are a description for how to play the partner-passing game and a way for young couples to meet and mingle with each other.

This song and others like it actually served an important role in courtship and mingling during the 1840s when dancing with full instruments was frowned upon.

Did any of this surprise you? Jump down to the comments and let us know.