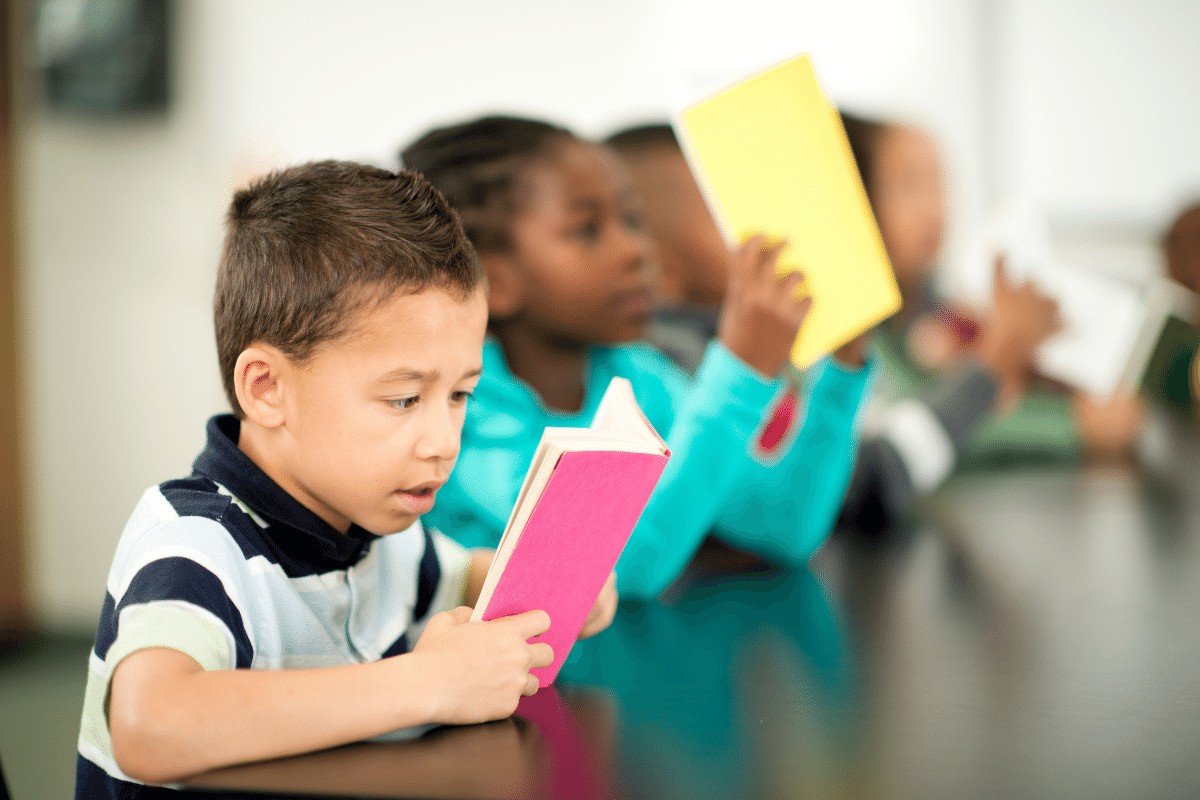 Of all the grade levels I teach for music, the second-grade music classroom is one of my favorites.

For some reason, many of my favorite songs fit best with this age group.

Whether we simply practice a steady beat or working on a quarter note versus an eighth note, I love this grade level.

So I decided to write up a list of my favorite 2nd-grade music lesson plans to share with you all.

Down By The Bay

My top fave is the echo song, Down by the Bay.

I love to make some silly dance moves with this one and see what odd ending the students can come up with.

There aren’t specific moves given anywhere traditionally, but here are the ones I like to do:

A lot of people know this song, and for a good reason: it’s simply fun!

After I give some of the endings I know, I like to offer the chance for students to make up their own. If they struggle to come up with ideas, I’ll offer the first half of the sentence, and they have to match the second half.

Here are some common examples of endings you may want to use:

Have you ever seen a…

Closet Key is one of my favorites as well.

Its simple rhythm is perfect for teaching quarter notes and eighth notes.

The melody is also completely Do, Re, Mi, so this is great for hitting these starting pitches.

I play this as a guessing game.

One person (the finder) turns away from the group while I hand the “Key” to someone in the class. The finder turns around and has three guesses to see who has it.

The person who has it becomes the next guesser.

When I hand the key out again, I ask the students to sing.

Repeat until all have had a turn or you run out of time for the activity!

You may also want to check out my related blog post for Closet Key on recorder.

Circle Round The Zero

This is an easy movement-type game for this age group. In fact, it’s so easy; I’ll sometimes use it on the first day of music class!

The notation can be found at the Holy Names Folk Song Collection.

Let Us Chase The Squirrel

Chase games are a blast to play, from 5th graders all the way down to Kindergarten.

Let Us Chase The Squirrel is one of those I love to use with second grade.

Here’s how I play the game:

Pro-tip: Classroom management can be tricky for this game, so be very clear on your expectations and don’t be afraid to end the game early or refuse to let some people if they’re not safe.

The Noble Duke Of York

This song is a classic and leads into a simple folk dance and is great for this age level or first grade.

Check out my Noble Duke of York article for a full breakdown and deep dive into the song (including notation).

The simple movement game I’ll put below. But if you want something a bit more complex, check out the link to the article.

In the single circle, everyone faces the middle and makes the following moves matching the words.

During the whole “a-hunting we will go” part, students turn to the right and follow the leader as they skip around the room.

By the end of the second repetition of the song, the leader needs to lead the class back into the circle.

Repeat as needed with different leaders if desired.

Here is another echo song. This one works well and comes with a fun clapping game.

For the game, students need to face a partner and make these moves to the beat:

Each time they do the song, it should get faster and faster!

I also did a deep dive on this song in including the origin of Miss Mary Mack.

Check out the sheet music at the link.

Charlie Over The Ocean

Charlie Over The Ocean is a chasing game while also being an echo song.

It’s simple and good for practicing names too!

The class sits in a circle while one person walks around. This person is IT, and the class can change the name in the song to match this person’s name.

At the end of the song, they tap someone on the shoulder or head; this person has to chase them around the circle before the IT person goes around and takes their spot.

It’s kind of like Duck Duck Goose, but with music!

As an advanced version, make it so the song leader is the IT person, and now you have the chance to evaluate their singing and build more vocal independence.

Check out the sheet music at our song guide article here for Charlie Over The Ocean.

The Other Day I Met A Bear

I do love call and response songs, so it’s only natural I use this one. However, because this song uses both and echo and a whole verse version of the words, it’s most successfully done with older students, such as second graders.

But I still sing this with my younger ones as well.

I love to use any one of the many books out there with this song. The pictures add something to the story.

One of my favorites is this version adapted by John Feierabend (click the link for the product on Amazon).

I’ve made it a goal of mine to include more songs, not in English, that represent other cultures.

This is one I like to use in this grade level.

Why? Because the song is easy, but the words are hard.

The game is also easy; it’s what we normally think of as London Bridge.

Two students stand with their hands up in an arch to make a door while the other students walk through in a line. At the end of the song, they drop or close the door.

Check out the notation by visiting the American Folk Song collection.

This is a simple song I first learned from my host teacher during student teaching.

The game is easy (as is the song), but I usually save it for this grade level.

Here’s the musical score for your reference:

In The Hall Of The Mountain King

There are some songs and pieces I call “money songs.”

These are musical works that can lend themselves to so many lessons.

One of these is In The Hall Of The Mountain King by Grieg.

It works well with quarter notes, eighth notes, and half note rhythms.

There’s a great Move It made up by John Feierabend to play with (again, link to Amazon here).

There’s an awesome video that helps kids track the song, which I’ll post below.

It features changes in dynamics and tempo, and texture.

There’s so much to do here I won’t go into.

I like to show the rhythm of the repeated pattern and challenge students to match the different values with different motions:

Here is the rhythm sequence:

link to Performance Based Assessment Definition And Examples In Music

Continue Reading
link to The Five Notes Of The Pentatonic Scale Are?

Are you wondering about why the pentatonic scale is such a big deal in general music classrooms?  When I was working on my undergraduate, I heard experienced teachers and professors mention...