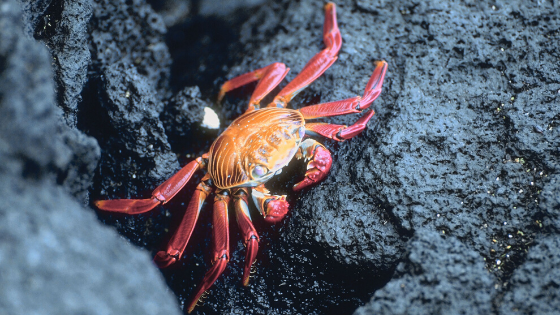 Have you heard about the popular folk song, The Crabfish, but you want to learn more about it?

Are you confused about the variations in lyrics and want to check out each one?

One of my defining experiences in my music career was attending a workshop put on by John Feierabend, founder of First Steps and Conversational Solfege. At this workshop, he sang and showed off his book based on the folk song, The Crabfish.

I loved this modal tune instantly and wanted to learn more about the original folk songs lyrics to The Crabfish.

The Crabfish folk song lyrics are actually quite inappropriate with what some would call potty humor. However, in the early 1900s Cecil Sharp created a version of the song more appropriate for children, and it has since stayed popular with kids.

Read on for more details about the interesting folk tune.

I use The Crabfish with all of my students. The youngest and the oldest alike love the song-story with the book on occasion. My older students enjoy digging into the chords and modal nature of the song.

These are the common children’s lyrics popular today. For more variations, check out the lyrics section below.

Verse 1: There was a little man, and he had a little wife.

Verse 2: One hour in the night his wife grew sick

And all that she wanted was a little crab fish.

Verse 3: So up he arose, and he put on his clothes

And down to the seaside he followed his nose.

Do you have any crabfish you could sell to me?”

And the best of them I will sell to thee.”

And he said, “Little wife, put your nose to this.”

Verse 7: Then his wife just to smell them popped up from her clothes,

And the crab fish went and grabbed her by the nose.

Verse 8: She said, “oh help me, dear husband, come hither do you hear?”

But the crab fish had already grabbed him by the ear.

Verse 9 (added by Dr. Feierabend): And so my friends, if for crab fish you thirst,

Please try to remember to cook him first.

*I analyze this song as dorian due to the emphasis on la to re and the chromatically altered fa to fi at the end.

You may also make the argument for a natural minor with an altered third.

The rhythms here aren’t hard and fast rules. Traditionally it’s sung quite “flow-y” and outside of time.

Origin:This song has existed since at least the 1400s in Italy. This version contains a similar story to most other variations found later in France and England.

In the early 1900s, the “potty” humor was toned down by Cecil Sharp to make it better for children.

Here is Jill Trinka (one of my favorite folk singers) doing the song.

Several variations of this song exist as far back as the 1400s in Italy. The lyrics and story are similar to those found in the 1600s France and 1700s Italy.

In almost all versions, the chorus is a nonsense phrase, but the specific nonsense words change between the versions.

The variations also include differences in what happens with the crab fish, but in every iteration, the husband goes out to get a crab fish which, in turn, pinches the wife.

In many versions, the wife is sick or pregnant. Some versions expand on the story adding additional verse where the crab fish chases the woman (or is put on trial).

The song also has variants in Irish music. This song has been known by many names including:

It would take too long to note every version of the lyrics existing as we know them, but I’ll offer this one below as an example of what the older versions were closer to.

These lyrics come from Roberts and Barrand’s album of folk music titled, Across The Western Ocean. This song is titled, The Crayfish.

1. Fisherman, fisherman, standing by the sea

Have you got a crayfish that you can sell to me

I have got a crayfish that I can sell to you

3. Well, I took the crayfish home, and I thought he’d like a swim

So I filled up the chamber pot, and I threw the bugger in

4. In the middle of the night, I thought I’d have a fit

When my old lady got up to a-wash her face

5. Husband, husband, she cried out to me

The devil’s in the chamber pot, and he’s got hold of me

7. Children, children, did you hear the grunt

8. It’s the ending of me story; I don’t have anymore

I’ve an apple in me pocket, and you can have the core

Take note of the similar form and rhythms as well as the changed nonsense chorus. Such endings for each verse are common in folk music of this time period as the crowd would be encouraged to sing along.

The chords for the Crabfish aren’t, and they do allow for some good practice with complicated notes.

For piano and ukulele, none of them are too hard to play, but D minor on guitar is a little unusual.

Note where the chord changes occur above.

While The Crabfish as a song has remained a staple for the past 600 years, it’s recently risen in popularity with the new music curriculum program in the United States called First Steps In Music and Conversational Solfege created by John Feierabend.

His method is, in his own words paraphrased, how he thinks the Kodaly method should have been organized in America.

The Crabfish is his main example of songtale, and it has the honor of being the first one to be published as a stand-alone illustrated book. I have this book myself and can attest to how many students and adults love the book.

Feel free to check out The Crabfish book by clicking the below.

Now you know a little more about the Crabfish folk song lyrics. This song is quite an ear worm and provides an entertaining story as well as beautiful dorian melody to sing.

Did the original lyrics surprise you? Me too! Comment your thoughts below.